The AFBJJ manages high quality BJJ tournaments, including the Pan Pacific Championships, one of the most renowned tournaments in Australia. In order to compete in any BJJ tournaments or competitions you must be a member of the AFBJJ. The National Competition Circuit is another major tournament developed by the AFBJJ with state championships being held in each State/Territory of an annual basis. Medalists then quality for the Australian Champions Cup.

For more information about AFBJJ, head to their website.

The International Brazilian Jiu-Jitsu Foundation was created by Carlos Gracie, Jr and is where you will find important information about major international BJJ tournaments and rules.

It is directly connected to Confederação Brasileira de Jiu-Jitsu (The Brazilian Federation of Olympic Jiu-Jitsu) and shares the same system of rules and regulations.

The IBJJF is where you will find all information on any international BJJ tournaments. For more information visit IBJJF’s website. 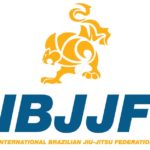 The QBJJC will also keep you up-to date with BJJ news and regulations. For more information visit QBJCC.

The United Arab Emirates Jiu-Jitsu Federation is the official authority of Jiu-Jitsu in the UAE and plays a significant role in supporting and developing Jiu-Jitsu at a local and international level. The UAEJJF collaborates with various partners, institutions and government organisations in implementing policies that develop Jiu-Jitsu further as a sport.

For more information about UAEJJF head to their website.